The update in April 2014 saw the introduction of a new type of fish. Epic fish are each available for one month.

Once acquired, epic fish are merely for viewing pleasure. They appear on the epic fish list in the collections area of the game, they do not require feeding, nor do they produce pearls or resources of any kind. 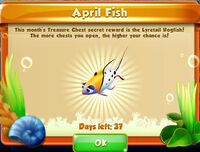 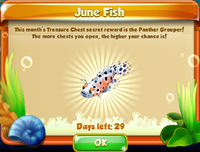 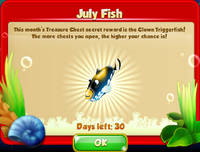 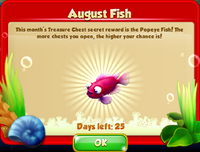 August 2014 - Popeye Fish
Add a photo to this gallery
Retrieved from "https://nemosreef.fandom.com/wiki/Epic_Fish?oldid=5731"
Community content is available under CC-BY-SA unless otherwise noted.